Thousands of parents are not claiming back on their school donations

Hundreds of thousands, potentially even millions of dollars worth of unclaimed tax rebates from school donations are going unclaimed each year.

Many parents are unaware they can claim a rebate from the Inland Revenue Department of up to one third of what they donated to the school their children attended.

And many schools don’t tell parents they can claim a rebate on school donations. Many parents still think they’re paying a fee, rather than a donation.

The number of parents claiming back money from their school donations has dropped, latest Inland Revenue figures showed between 2013 and 2015, 6000 fewer parents made a claim.

Tax expert Michael Gousmett said a comparison of Inland Revenue and Ministry of Education data showed $46m worth of donations had not been claimed.

IRD said any donation returns that were unclaimed were passed on to fund Government services such as roads, schools and hospitals.

The Ministry of Education said in 2015, of those that filed financial statements, parents paid $126m worth of donations, up from $113m the previous year.

But people were entitled to claim back up to five years of school donation first, with this unclaimed money giving an Auckland man an idea about how he could help parents out.

Luke Kemeys noticed parents were not taking advantage of this. He quit his job as a chartered accountant in 2016 and launched the​ website Schoolrebates.co.nz in January.

It helps parents claim back the 33 per cent of their school donation they are ​ entitled too.

Kemeys, saw a gap in the market – he read an article stating about 60 per cent of parents were not making a claim.

To make a claim, parents had to apply on paper through Inland Revenue and had to get a receipt from the school stating they had made a donation to the school.

They could claim back four years worth of school donations and Kemeys said people had ways of putting that money to good use.

“The amount [one woman] was going to get back was enough to pay for this years school uniform they were about to pay for.”

Christchurch mother of two boys aged 3 and 7, Tracey Wethey, used the website and was able to claim back rebates on three years worth of school fees.

She heard about it through Sam and Emmett from The Block, as they shared it on their Facebook page, and decided to give it a go.

“They said it was one of their friends that had set it up, so I went in and had a look and thought ‘oh I didn’t even know you could get school rebates back’.

“I didn’t know you could get anything back.”

At first Wethey was nervous about entering her account details, but decided to give it a go.

After she finished she was happy with the result.

Wethey said after doing it she realised she could do it yourself through Inland Revenue.

“That sounds a bit hard, this is easy.”

Kemeys said this was the reason he and his business partner Phillip Smith had started the business.

“We want to be helping more people.”

To make money off the business Kemeys said they charged 15 per cent of what the total rebate was.

Long-term, they had big plans for the business including plans to give back, to donate rain coats to lower decile schools, provide lunches and to sponsor children to go to university, said Kemeys.

As it developed he said they were hoping to have an option for people getting their donations back to donate straight into the fund.

We're all ears! If you're interested in working together we'd love to come and see you. Feel free to book a time to speak with us, give us a bell or touch base on the social media of your choice.

We hope you are keeping yourself safe out there.

Last week we were lucky to get 25 emails. This w 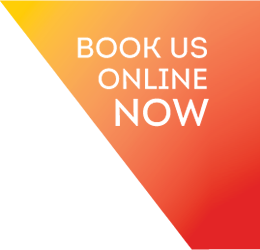